The Viking Homes of Paradise Palms represents the second-to-last tract of homes built within Paradise Palms. Consisting of late mid century contemporary designs, the Viking Homes appealed to residents who wanted a newer piece of the Paradise Palms lifestyle. Debuting in 1972 as a development project by Nevada Savings and Loan, original models were located at the northwest corner of Viking Road and Delaware Lane. 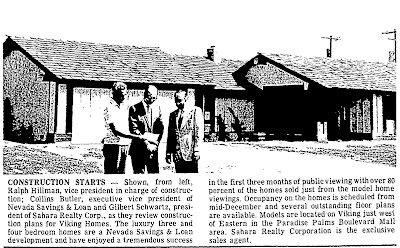 As reported in the Las Vegas Review Journal, over 25-percent of the Viking Homes were sold within the first two weeks of sales, with Sahara Realty leading the charge. Homes were priced at $40,950 to $45,250, and thanks to it's affiliation with Nevada Savings & Loan, down payments were lower than FHA terms. The Viking Homes of Paradise Palms proved popular, and in just three months 80 percent of the homes had been sold. 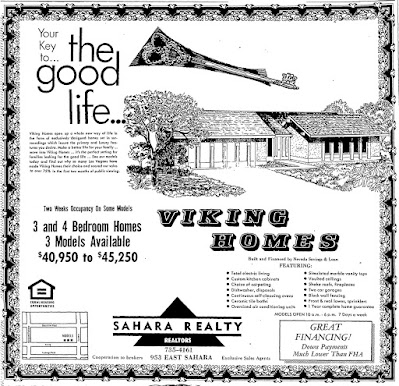 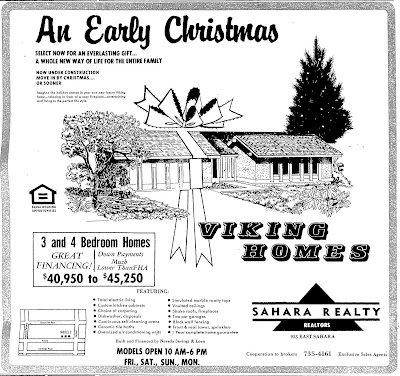