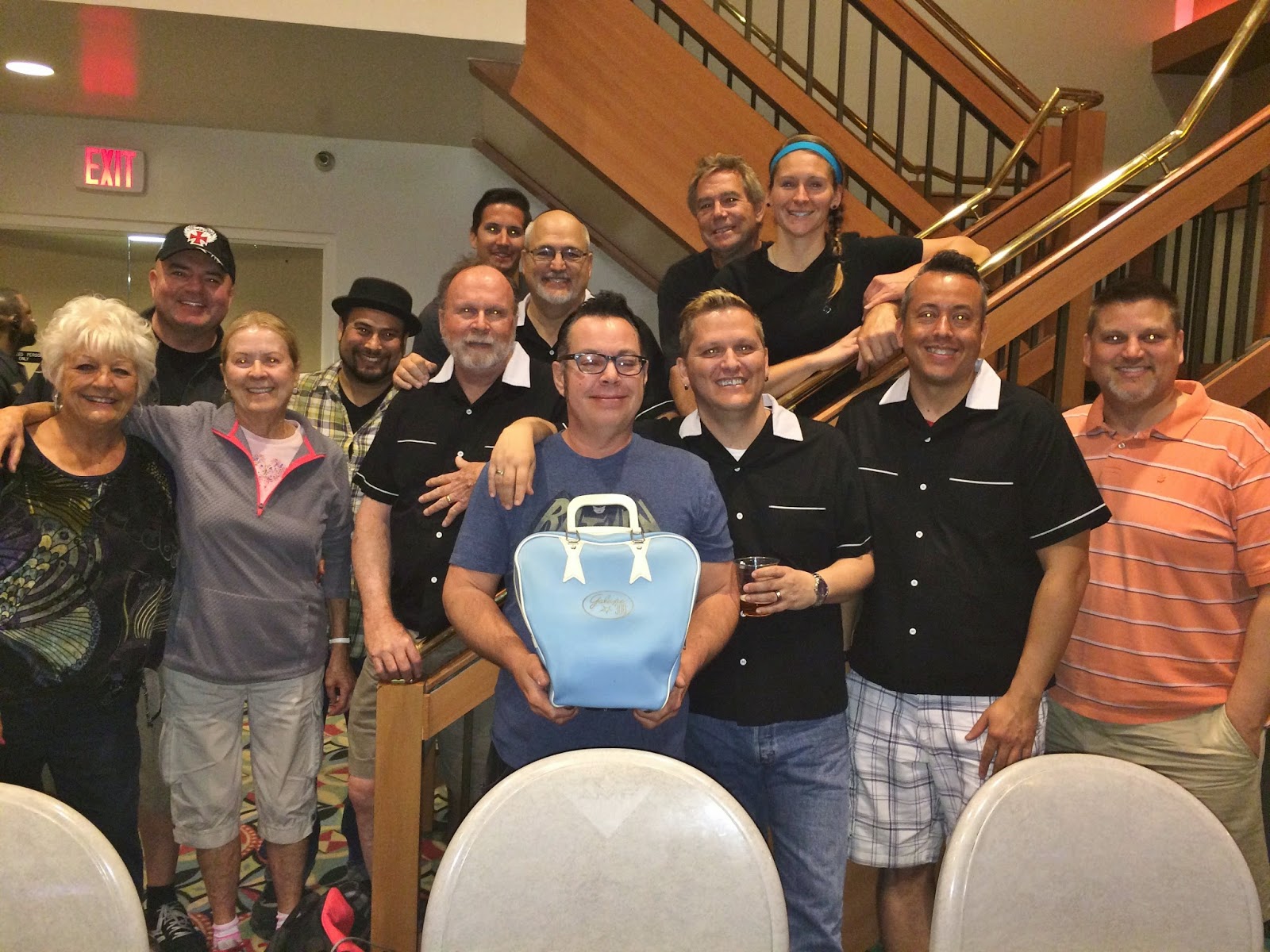 April 24th 2015 marked the Fourth Annual Paradise Palms North vs. South Bowling Challenge. Palmers who live north of Desert Inn Road bowled against Palmers who live south of Desert Inn Road. Southside/Northside rivalries heated up, and the Paradise Palms Drinking Team was there the root on both side of the ‘hood. Southern Dan C. was the high-scorer of the night, with a 185 bowled in the first game, while Northerner Ian F. was the runner-up with a 176 bowled in the second game. In the end, once again, the Northerners mysteriously won for a fourth straight year in a row, 139 to 132. Go Northside! 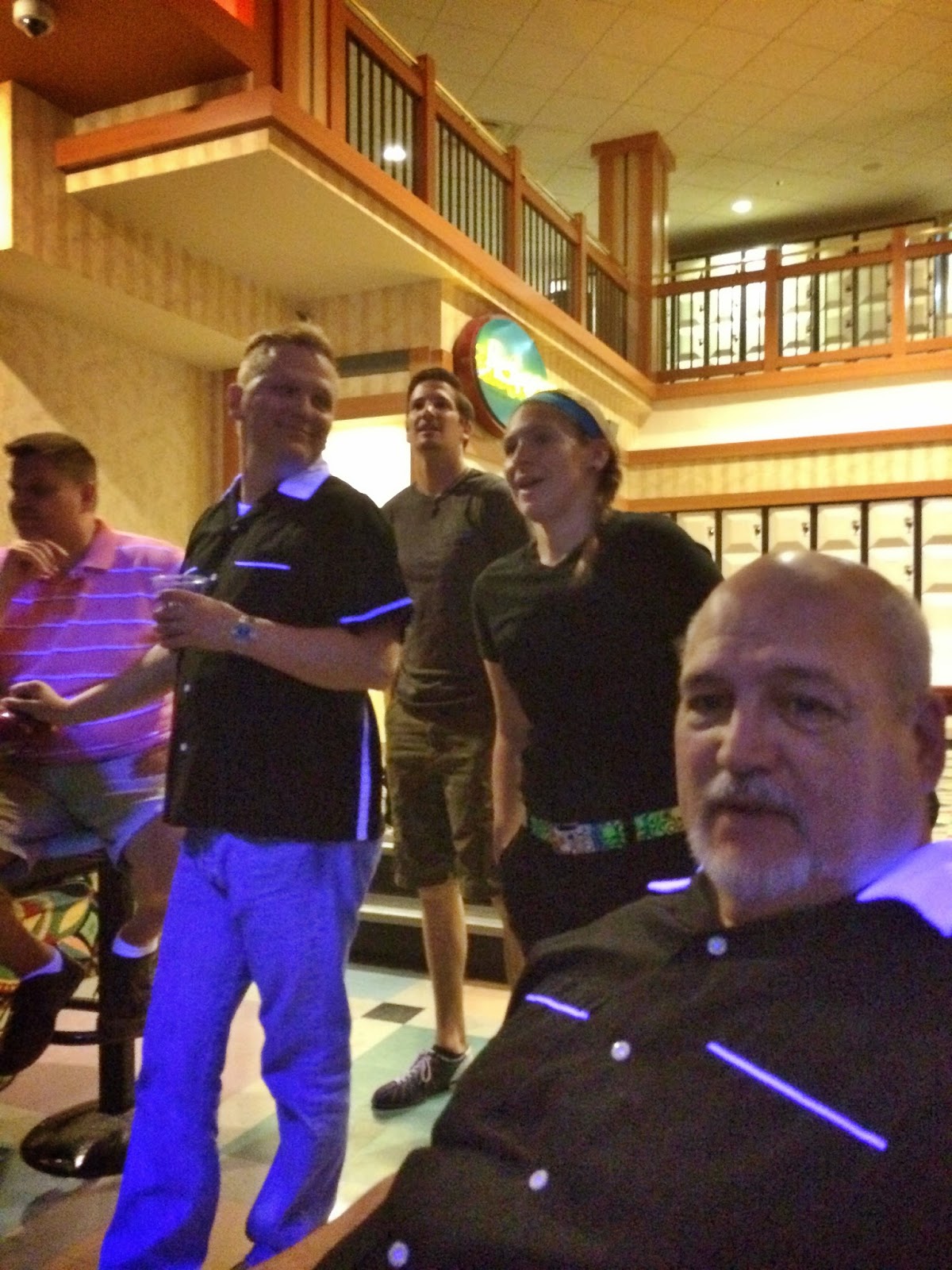 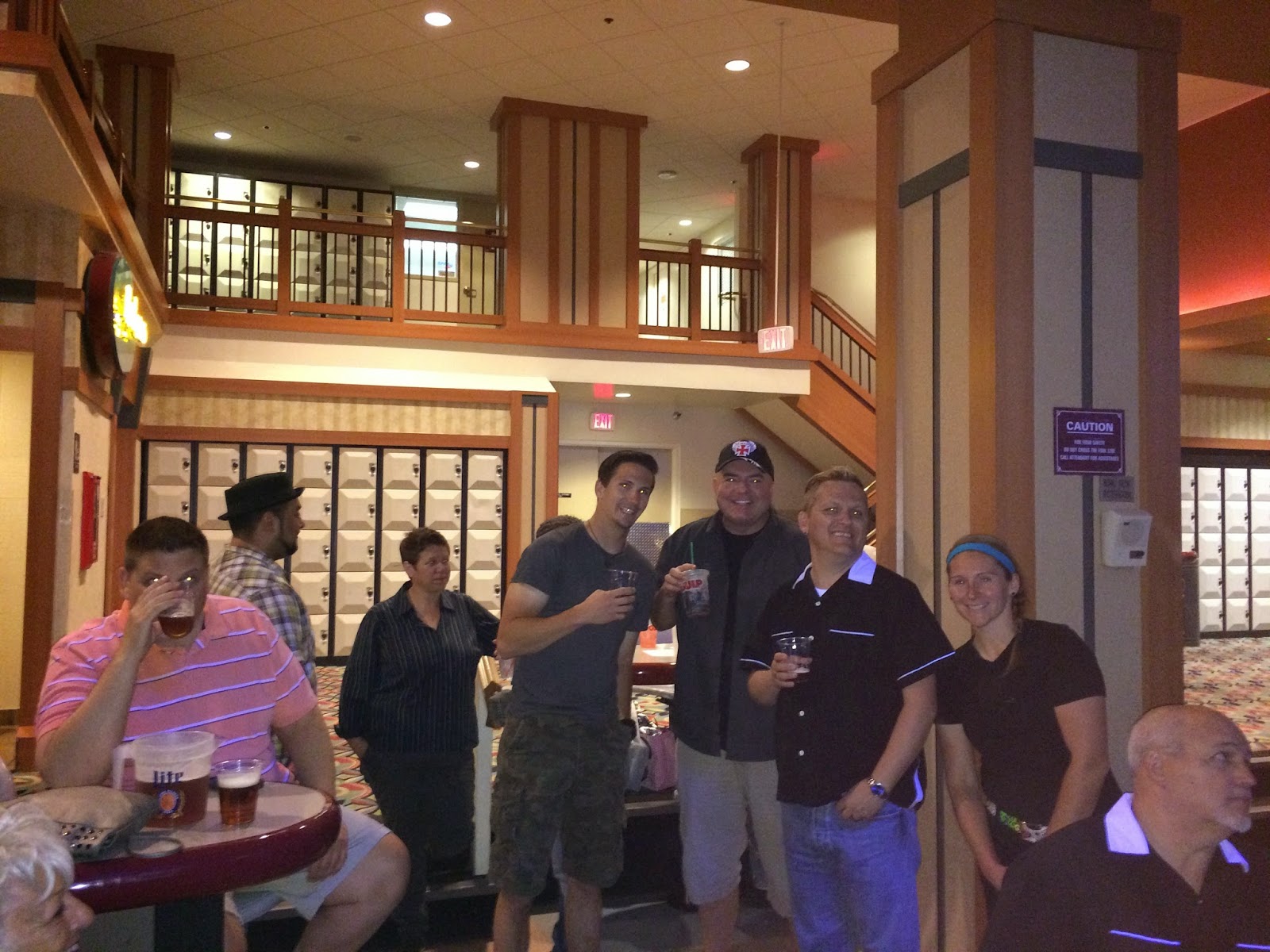 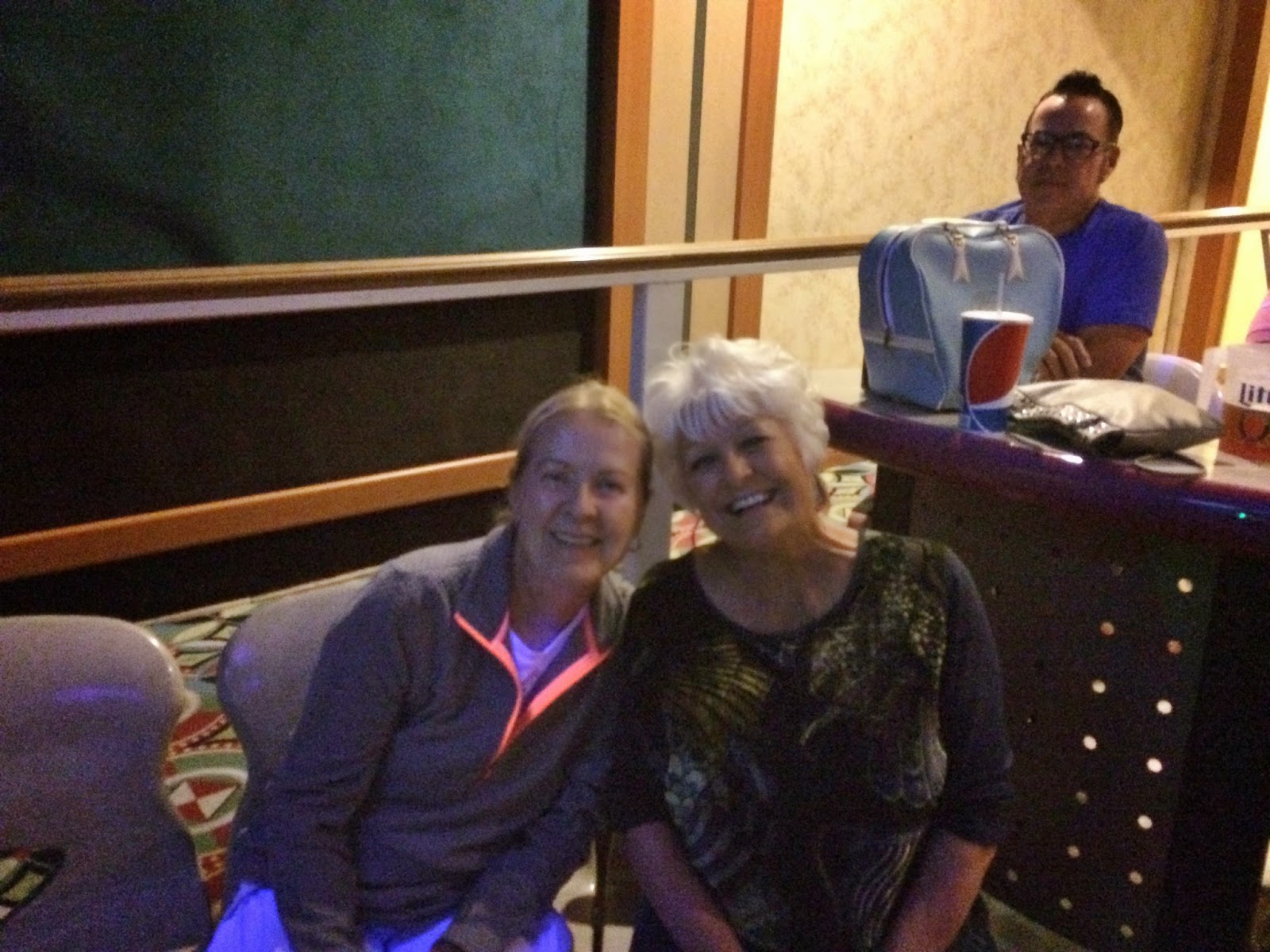 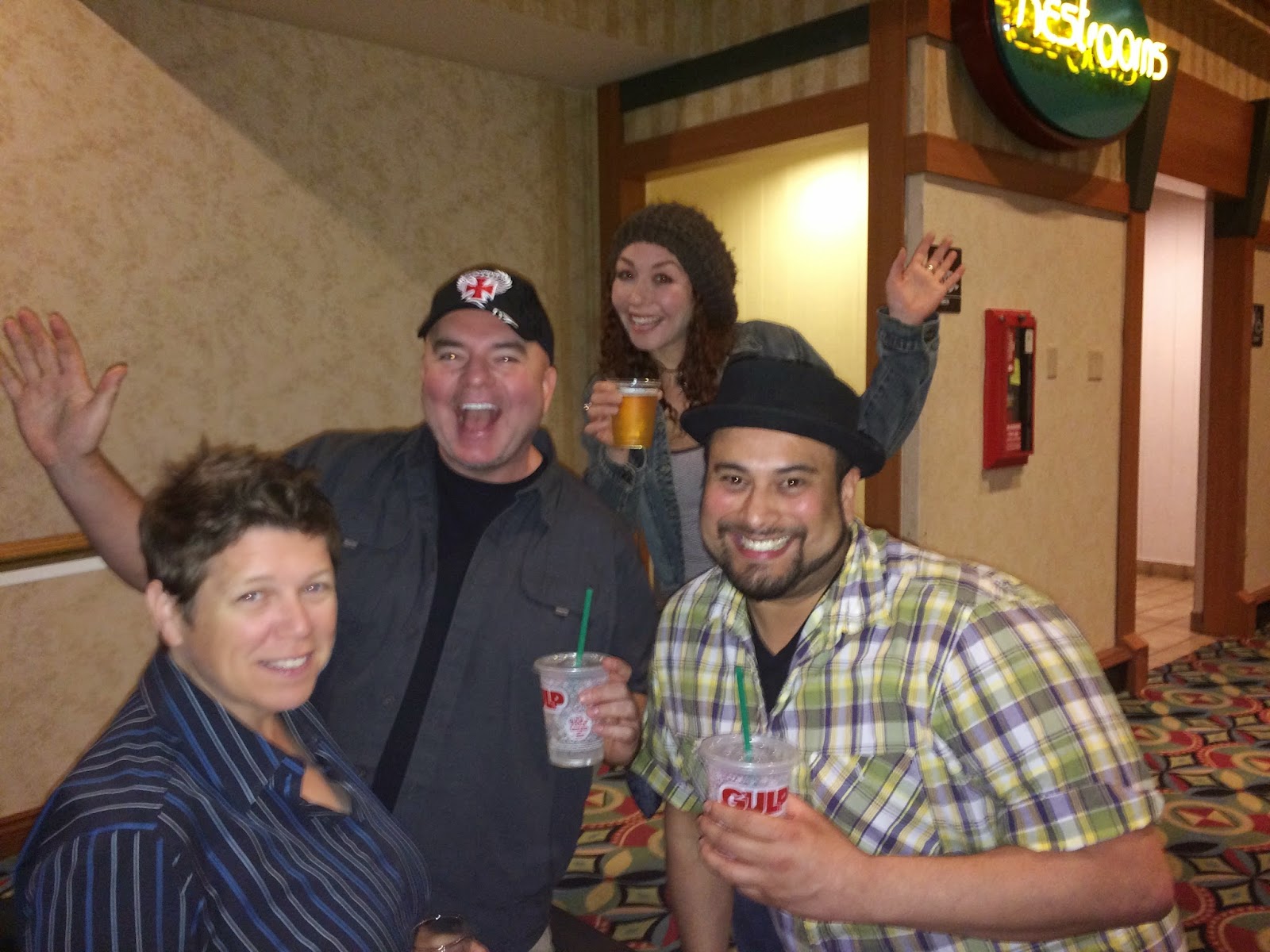 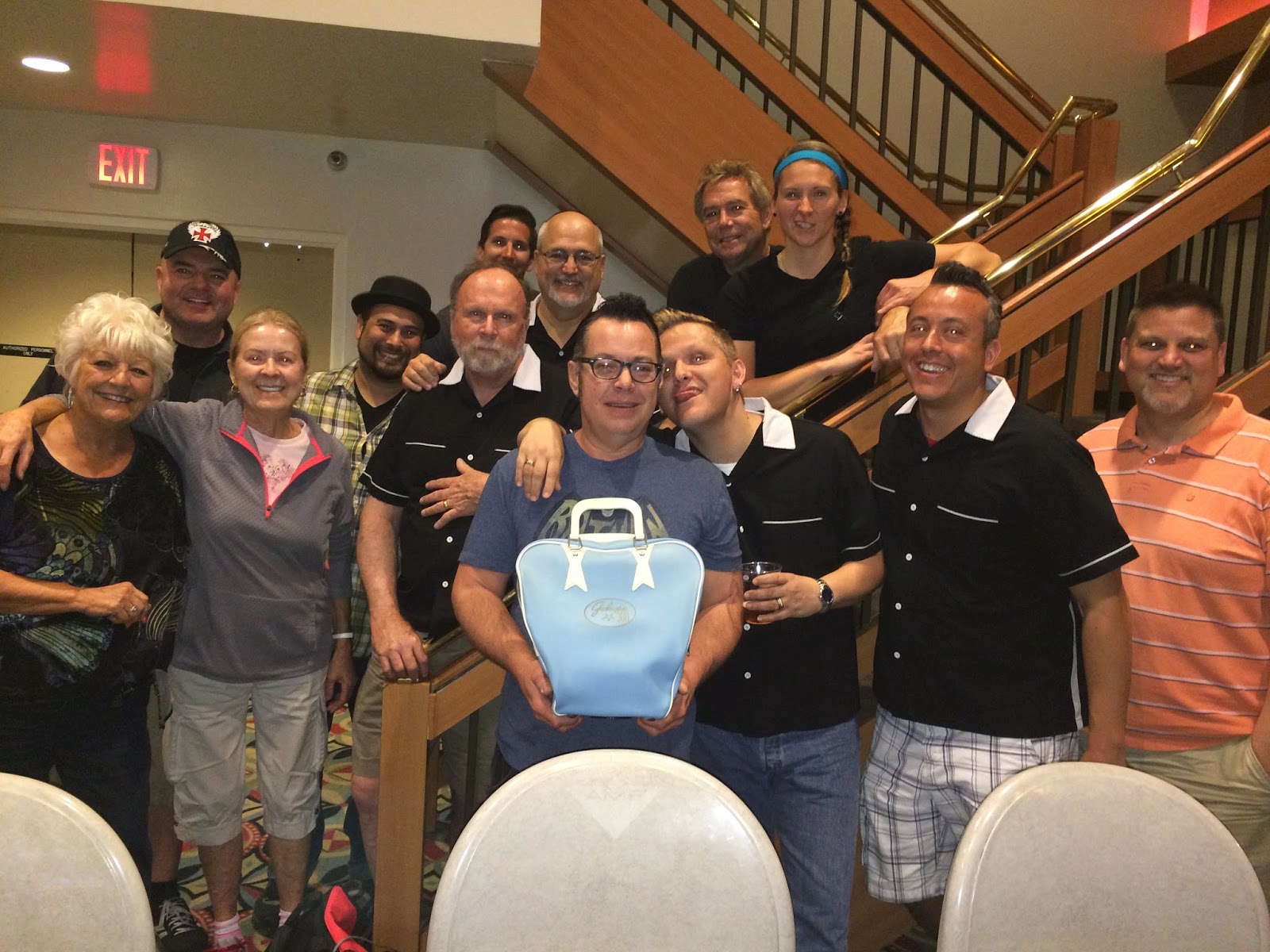 Posted by Paradise Palms at 1:20 PM