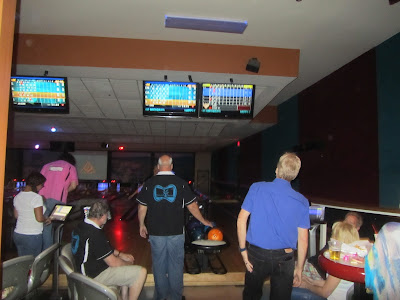 For our third year of the Historic ‘Hoods Bowling Challenge, Paradise Palms started out the season as we have in years past, with an inaugural challenge against our friends in The Flamingo Club. The Palmers and Flamingos were pretty equally numbered, and once we all made it past the Flamingo Road construction and inside Sam’s Town the game was on.
The high score for the night was bowled by Palmer Dan “Danco” C. with a whopping 202! Second runner up for high score was Palmer Ian “Scooter” F. with a 196 – wow Dan & Ian, very impressive! Flamingo Sharhonda was the high-scorer for the Flamingo Club with a 122, while Flamingo Jason D. was second runner up for high Flamingo Score with a 120. The drinking team also scored pretty well, killing 10 beer pitchers, numerous brain cells and a handful of mixed drinks.

At the end of the night, the high-scoring team was Paradise Palms with an average score of 123.2, while the Flamingo Club averaged 93.69. Congrats to the Palmers for the win!  It was a fun night out for everyone, and we appreciate the Flamingos for keeping the fun going. Thanks to everyone who came out – and don’t forget, we’ll be back for a final grudge match with the Flamingos in September. See you then Flamingos! 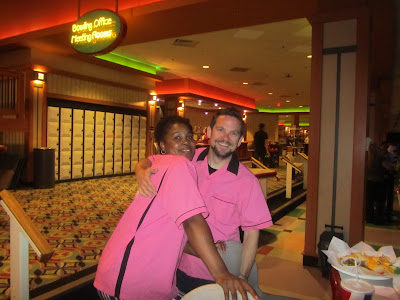 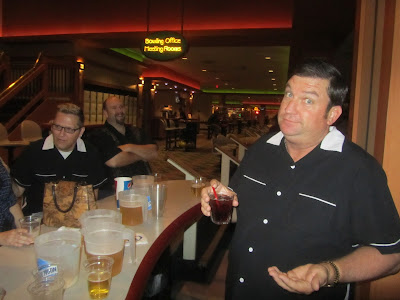 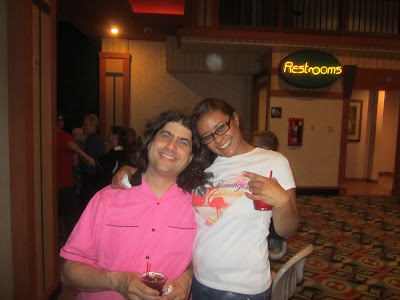 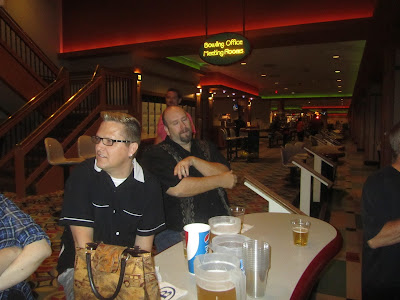 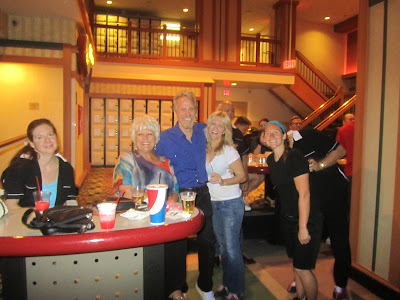 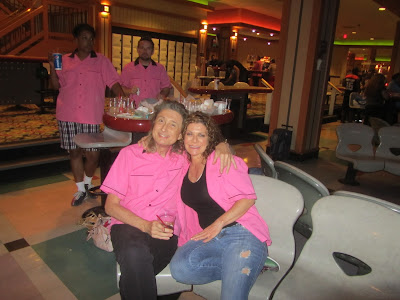 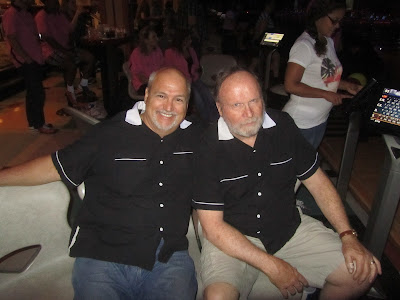 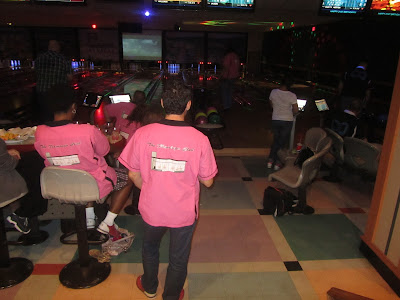 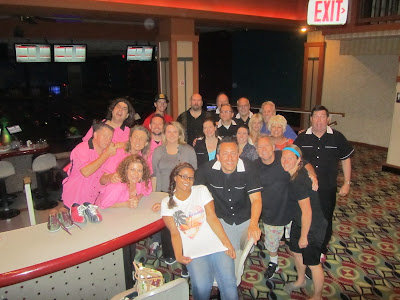 Posted by Paradise Palms at 1:15 PM